The method of translating infrared radiation to temperature and producing an image of the temperature distribution is known as infrared thermography. Predictive maintenance and condition monitoring are just a few of the sectors and applications where it's applied to monitor the condition of machines, examine moisture, energy-loss, electrical systems, and fluid systems.

Thermograms are images of the measured temperature distribution that allow heat-producing objects that are undetectable to the naked eye to be seen. Regardless of ambient illumination, thermal imagers can easily identify and show infrared wavelengths. Infrared thermography is utilized in plant maintenance and condition monitoring applications such as:

Thermal imaging allows us to "see" and measure thermal energy emitted from an object. Thermal energy has a wavelength that is substantially longer than visible light which makes it invisible to human sight, just as radio waves are invisible to us. Because visible light has no effect on the thermal world, you can see clearly in both bright and dark conditions.

There are three main zones in the infrared spectrum. Depending on the application, the exact boundaries between these spectral bands may differ slightly. The spectral region employed in infrared thermography is normally between 0.9 and 16 meters, with the most common ranges being 2 to 5 meters and 7 to 15 meters.

The ability to make rough emissivity estimations gives essential information for machine condition monitoring and diagnostics in less-than-ideal situations. When it's critical to determine a target's real temperature as exactly as feasible, absolute thermography is utilized. Several well-known infrared thermography methods are widely used in industry. The most prevalent approach is comparative thermography, which is utilized to offer the best available data.

The Principle and camera

The more thermal energy an object emits, the hotter it is. A biologically or mechanically generated animal, motor, or machine, for example, generates its own heat. During the day, objects like soil, rocks, and plants absorb heat from the sun and release it at night. Because different materials absorb and release thermal energy at different rates, a seemingly uniform temperature is actually a mosaic of varying temperatures.

When infrared radiation is detected by the camera's sensor, the data is transformed into a colored representation of the scene. Uncooled detectors are less precise but more expensive, while cooled detectors provide superior image quality and precision. A thermal camera with a low spatial resolution (from 60x60 pixels) is sufficient in industrial maintenance, for example. A better spatial resolution is required for more extensive examinations or to see minute details with equally small temperature changes.

There are three main zones in the infrared spectrum. Depending on the application, the exact boundaries between these spectral bands may differ slightly. The spectral region employed in infrared thermography is normally between 0.9 and 16 meters, with the most common ranges being 2 to 5 meters and 7 to 15 meters.

Infrared radiation is measured according to the light reflected off of the substance or scene being studied in the region of the electromagnetic spectrum from 0.7 m to 4 m. In the semiconductor, glass, and steel sectors, this feature is extremely helpful.

As previously said, infrared thermography has become a commonly utilized technology for preventive maintenance due to its ease of use. However, there are also limitations when using Infrared Inspection. Among them are:

How to Uncover Problems

For condition monitoring and preventive maintenance, infrared thermography is an invaluable instrument. It not only allows you to detect thermal irregularities in devices, but it also does so in a non-intrusive, hands-off manner with real-time findings. When performing thermal inspections, thermographers often use one of three methods: comparison, baseline, or thermal trending. The sort of equipment you're testing and the type of data you want to observe will determine which strategy to utilize.

Baseline Thermography: By capturing temperature readings, baseline thermography is used to set a precedent or establish a reference point for an asset. It is compared to other thermal pictures to detect potential problems early. When all important assets are new or have recently been fixed, it is suggested that baseline measurements be taken.

Thermal-Trending Thermography: Thermography that displays how temperature is distributed in a component or asset over time is known as thermal-trending thermography. It's an excellent approach to examining mechanical equipment with complex thermal signatures or slow-developing thermal signatures. Monitoring high-temperature refractory insulation in a boiler over time, for example, could aid in determining an appropriate maintenance schedule that reduces downtime. 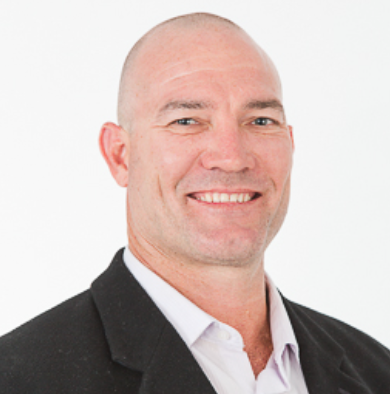 Learn how to conduct an Infrared Thermography inspection with our certification program, which meets ISO 18436-7 criteria. The Australian Institute of Non-Destructive Testing has also approved the course (AINDT). Basic Thermal Physics, Basic Heat Transfer Theory, Electromagnetic Radiation, and Infrared Image are all covered in this course. CRE Infrared Inspection training will also teach you how to operate an infrared equipment and conduct thermography examinations.